Here is what the Wyoming Dept. of Agriculture says, see below: Get a license for $700. No thanks.

The United States Department of Agriculture has approved the Wyoming hemp regulatory plan and has granted authority to the Wyoming Department of Agriculture (WDA) to regulate the hemp industry in Wyoming. The WDA is now accepting applications for hemp growers and processors in Wyoming. A release with more information is both attached and pasted below.

“We are happy that the USDA approved our state plan and that the WDA will now be able to provide one more crop option for growers and processors in Wyoming,” said Doug Miyamoto, Director of the Wyoming Department of Agriculture. “Now that we have delegated authority from the USDA, the next step for the WDA is to implement emergency rules in order to initiate our program in Wyoming.”

The WDA has drafted emergency rules, approved by Governor Gordon, and in consultation with the Wyoming Attorney General’s office so that we may implement a hemp program prior to the 2020 growing season. These emergency rules will be in effect for 120 days. During that time, the WDA will go through the normal rule promulgation process including a public comment period and resulting in a final rule.

“This is a brand new crop with inherent risks and a challenging regulatory structure so we encourage producers and processors to look closely at the rules and regulations if they choose to attempt growing or processing hemp in 2020,” said Miyamoto. “With that said, we are excited to get this program off the ground and to start a hemp industry in Wyoming.”

The WDA is now accepting applications for hemp licenses. To view and download hemp applications, a copy of the approved plan, and more information on the hemp program in Wyoming, please visit the WDA website at www.agriculture.wy.gov.

Growing hemp in Wyoming is a ways off, but UW has put together a publication. To peruse the whole enchilada, you must copy the links below and post into your browser.

The Hemp in Wyoming publication from the University of Wyoming Extension provides an overview of the annual herbaceous flowering crop, Cannabis Sativa.

When Cannabis Sativa is grown as a field crop for oil, food, or fiber, it is typically referred to as industrial hemp. Some cultivars are grown for their medicinal or psychoactive properties.

This bulletin is for anyone who is curious about hemp as a crop and how it might fit into typical crop rotations in Wyoming, said Caitlin Youngquist, University of Wyoming Extension educator.

“Remember, it is not yet legal to grow hemp in Wyoming,” said Youngquist. “For the most current information about growing hemp in the state, I encourage people to visit the Wyoming Department of Agriculture (WDA) website.”

UW College of Agriculture and Natural Resources master technician John Connett commented he has had many years of experience as a field and greenhouse manager and would be happy to discuss any practical questions regarding hemp production. He can be contacted at 307-766-5022 or jconnett@uwyo.edu.

Visit http://bit.ly/HempinWyo to read the publication and http://bit.ly/WyoHempProgram for the current status of the WDA Wyoming Hemp Program.

Federal regulations changed in 2018, which means now any farmer can try her hand at hemp production, see below. Unfortunately, the Ag Department of Wyoming has made it prohibitively expensive, at least for now.

July 2018: http://www.wyofile.com/column/hurdles-hemp-hurt-wyoming-farmers/ -- my very own article on hemp, published in WYOFile. 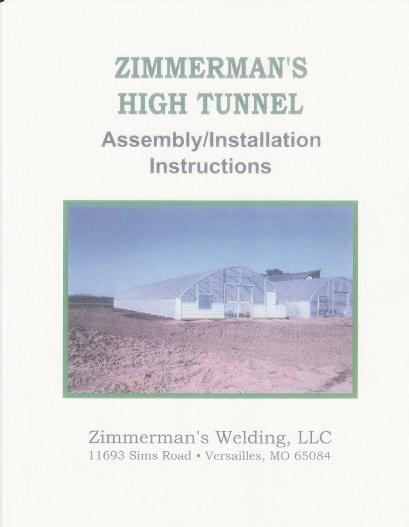 October 2018. In July of this year the growing of hemp became legal in Wyoming. However, until the Department of Agriculture issues its guidelines, farmers must take a wait-and-see stance. Even the first attempts will be mere "trials" of 1/4-acre plots. Nevertheless, I am taking certain preliminary steps. For example, I secured a state grant to construct a high tunnel, see title page of construction manual to the left. While visiting Colorado hemp farmers I saw they raise their seedlings in high tunnels, then transplant them to the acreage outdoors when the plants are about two foot high.

For the first few years, however, I may not use the high tunnel for hemp plants, since they are still labeled Schedule I in the scheme of the federal DEA, the Drug Enforcement Agency, and the state grant is partly funded by federal money. I may have to raise tomatoes until that changes.

Please scroll below for commentaries regarding hemp as featured in these online publications:

https://www.facebook.com/hempdiaries has become so popular, I am rerouting my energies to it. Please visit me there.

This Facebook has become very popular–so much so, I’m rerouting my energies to it. Please visit its latest post

Thank you for your reply to my letter. I appreciate your prompt response.

Regrettably, you failed to address my request that you co-sponsor S.134, the Industrial Hemp Farming Act of 2015/16. You replied that the bill has been referred to the Senate Judiciary Committee. This does not, of course, prevent you from signing on as co-sponsor. Again, I ask that you do so—and that, as Chairman of the Senate Republican Policy Committee, you persuade as many of your colleagues as you can to follow suit.

You mention that “the Wyoming legislature is currently considering a bill, HB 0032, which would allow the use of hemp extract under medical supervision.” The bill actually passed during the 2015 session. It became law, notwithstanding Governor Mead’s refusal to affix his signature thereto.

Representative Robert McKim patterned his bill after Utah’s Charlee’s Law; however, where Utah followed Charlee’s with agricultural-hemp legislation, Wyoming failed to do so. Moreover, HB 32 is quite restrictive. Even Wyomingites who qualify have a tough time obtaining treatment. This is why we need your help. It is paramount that, at the federal level, hemp be removed from the Controlled Substances Act.

The June 2015 National Geographic provides an extensive overview of cannabis research, from Israel to Spain, that has pinpointed many medical conditions, and the promising treatments that have commenced, abroad as well as in the US. It includes a write-up of research at University of Colorado by Professor Nolan Kane, who is growing hemp for research purposes “after years of wrangling” with federal and university officials, though his plants “carry extremely low levels of THC.”

Mr. Kane, pondering the U.S. ban on industrial hemp cultivation, comments that “Hemp produces fibers of unparalleled quality … it’s a tremendously high biomass crop … We import tons and tons of hemp each year from China and even Canada, yet … can’t legally grow it … (some) farmers in the U.S. can literally look across the Canadian border and see fields that are yielding huge profits.”

Hemp creates jobs, thousands of them. As medical doctor, surely you are aware that agricultural hemp carries no THC to speak of, and that the medicinal properties of hemp are many and varied. I ask that you act on that knowledge.

The absence of federal regulations has had unfortunate consequences. CBD oil is no less expensive than its pharmaceutical counterpart—a six-pack of 10-gram tubes can cost $1,999—yet no assistance from insurance is available to patients whose only hope is this product. Worse, the unregulated market allows gimmicky companies to promote and sell questionable products over the internet.

A November 2015 article in the New Republic points out that, as things currently stand, any lab that analyzes CBD runs the risk of legal conflict. Consequently, according to its author, Elizabeth Bruenig, hucksters are selling substances with no medicinal value; in some cases, the products are downright harmful to consumers’ health.

“In the absence of regulation and research,” writes Ms. Bruenig, “the CBD industry traffics in hard-sell marketing and a gray haze of half-truths, all the while profiting off the hopes of the desperate.”When, in February 2015, the FDA analyzed 18 CBD products, “six contained no cannabinoids whatsoever. Another 11 contained less than 1 percent CBD … In states that have legalized CBD, regulations can require CBD products to contain at least 5 percent CBD, more often 10 to 15 percent.”

Judging by the author’s write-up, HempMedsPx is one of these gimmicky companies. An anecdote tells of a Mr. Kenzler whose daughter got sick after ingesting a supposed CBD oil, advertised as Real Scientific Hemp Oil. “Kenzler, who lives in Oregon (where hemp and marijuana products are legally recognized), sent a sample to be analyzed to Going Green Labs in Albany, Oregon. The lab found that Real Scientific Hemp Oil contained much more THC than what HempMedsPx had advertised—3.8 percent instead of roughly 1 percent.”

HempMedsPx, whose parent company is Medical Marijuana, Inc., in Poway, California, was mightily displeased when Mr. Kenzler published the Going Green Labs analysis on his blog.Writes Bruenig: “In an email to the New Republic, Hard, the Medical Marijuana, Inc., spokesperson, insisted that the sample of hemp oil tested by Going Green Labs had been tampered with by a competitor after Kenzler obtained it.

”Companies like HempMedsPx are asking consumers simply to trust them, she writes. “CBD oils are never subjected to systematic testing by any U.S. regulatory body. The FDA regulates all pharmaceutical labs in the country. But cannabis labs like the ones that HempMedsPx and others use are not, because cannabis is not federally recognized as a legal drug.

”Senator Barrasso, we ask that you help remedy this intolerable situation by co-sponsoring S.134.

Commentary to my readers group on the column below

By now you will be familiar with the hemp advocacy of yours truly. This essay continues that effort; still, there’s a lot more to be said on the subject. For example, I want to take on a recent (Nov. 2015) article in the New Republic, which speaksderogatorily–and inaccurately–about CBD oil, an extract of hemp leaves. (Hemp oil, by contrast, is harvested from the seeds of the plant. Neither has any THC to speak of.)

Well, that’ll be the subject of a later commentary, probably my first in 2016. Meanwhile, to you and yours, as per my website’s “News Log” page: Wholesome Holidays or Fröhliche Festtage.

Column on Hemp and Bamboo