Posted by Edith Cook on Sunday, April 27, 2014 Under: Reading Life
We did it! On Friday, April 26, 2014, I initiated a demonstration against the Keystone XL pipeline, having been trained as action lead by one of the opposing organizations, NoKXL. That week, it happened, 350.org sponsored a massive action in Washington D.C., of the Cowboy Indian Alliance, a group that camped out, complete with tipis and horses, in a park near the White House.

Because the project crosses international borders, President Obama must decide wether or not to approve the pipeline. The president is being lobbied heavily by Premier Halpern's Canadian government and by the pipeline builders, TransCanada. Opponents argue that the mining of tar sands bitumen is twice as environmentally damaging than crude-oil extraction and that bitumen is much more corrosive than ordinary crude. The Dilbit Disaster documents a horrific spill into the Kalamazoo River from a lesser pipeline that has been transporting bitumen through Michigan to Oklahoma.

Here are pic from our action, some of them showing participants in hazemat suits. The first is a newspaper clipping. 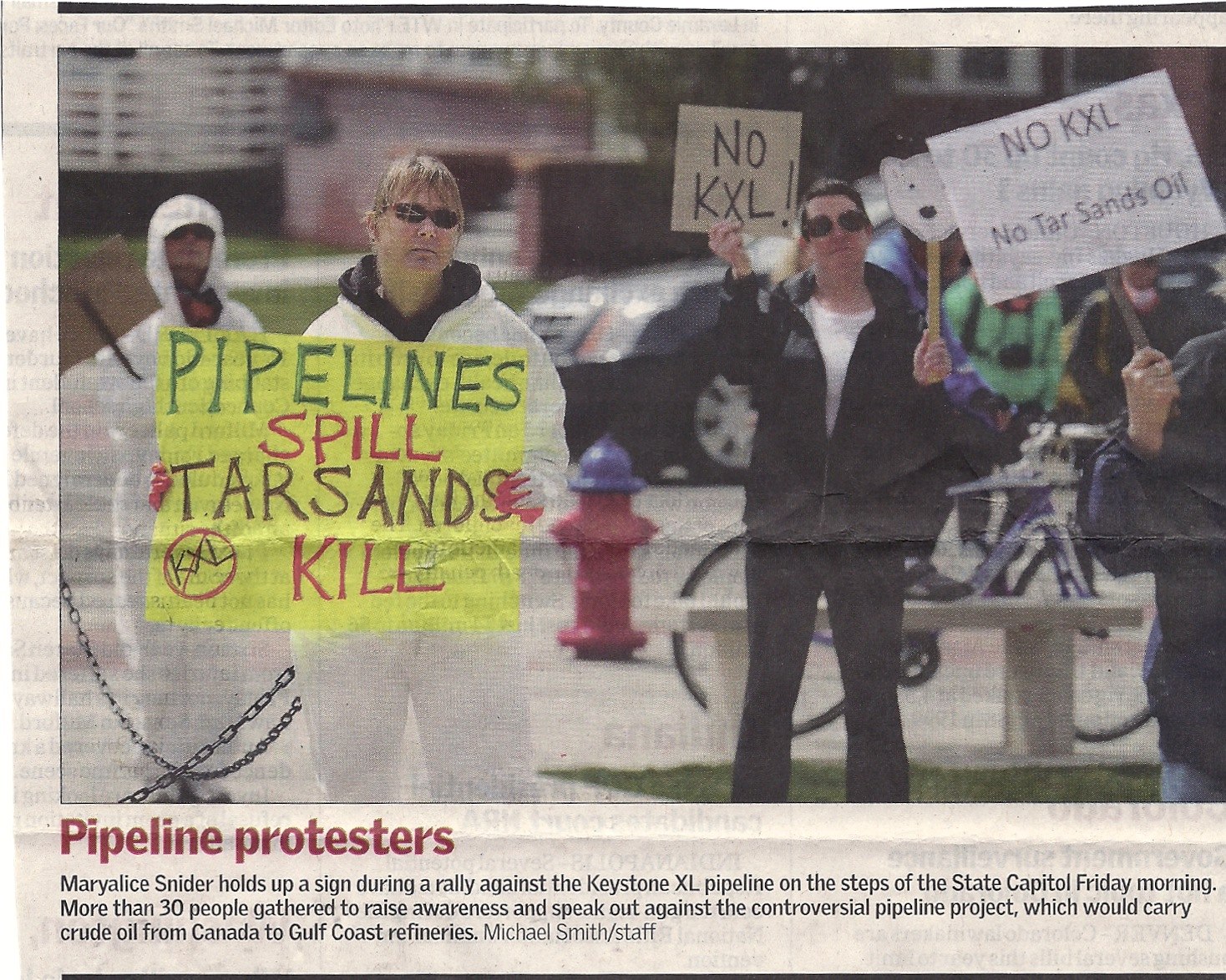 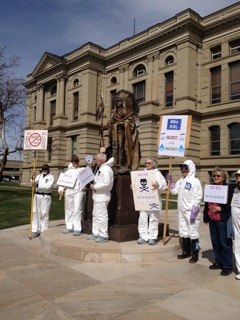