Empathy in Family and Beyond 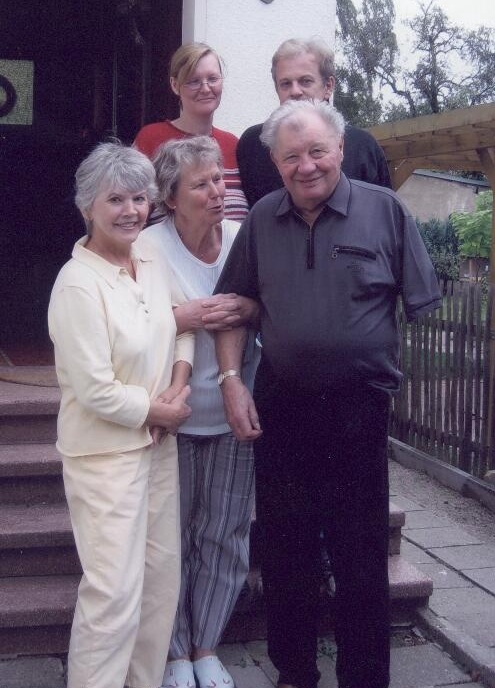 When you’ve been touched by someone’s compassion or kindness, the experience stays with you, a soothing reminder in times of trouble. Experiencing empathy is especially important in childhood: we have yet to learn to reach out and thus depend on other people’s goodwill.

From my own childhood, two such people stand out in my memory. One was a teacher who never reprimanded me for arriving late—he seemed to sense that my home life was chaotic and that it was a feat just to get to school. Indeed, when I was fourteen my parents interrupted school-based learning and apprenticed me in their business. It took me decades to overcome the hurt.

The other was an uncle, my mother’s half brother, who sent books from East Germany to our West German home, the only books I could call my possession, inasmuch as my parents confiscated any schoolbook for resale. The uncle, who was Onkel Reiner to me, had lost an arm in Hitler’s army as a soldier of seventeen. He remained in Communist East Germany when my family made its way West in 1950. My mother, his sister, died a few years later and our family lost contact with the eastern relatives. When the wall came down decades later, I found his address through a West German cousin and, though living in California then, telephoned my uncle, who was then close to eighty. I still recall him sobbing when he heard my voice—he’d learned that my siblings had perished. To my uncle I was the sole survivor of a sister who, though only a few years older than he, became something of a substitute mother after the early death of their mother.

Our animal cousins, too, are capable of trust and empathy, as Frans de Waal’s research shows in his books. I discussed de Waal in an earlier post; today, I wish to draw your attention to another close observer of animals, Eugene Linden. The Parrots Lament and Other True Tales of Animal Intrigue, Intelligence, and Ingenuity comprises tales from all over the world and includes a chapter on acts of empathy and heroism that have been captured on film or in word by observes in the wild, handlers in zoos, or owners with respect to their pets. In captivity or as a result of domestication, animals sometimes form strange cross-species friendships. These alliances may not require intelligence, writes Linden, but they bespeak a certain flexibility. “If we readily accept that animals can form friendships with humans, who in the course of things have eaten or continue to eat most of the creatures we cultivate as companions, then it should not be so strange that animals might bond with other odd bedfellows as well.” Linden then cites examples that range from laugh-out-loud funny to the tragic as death strikes and an animal companion exhibits awareness of the fact. Even in sadness, however, the stories are life-affirming. 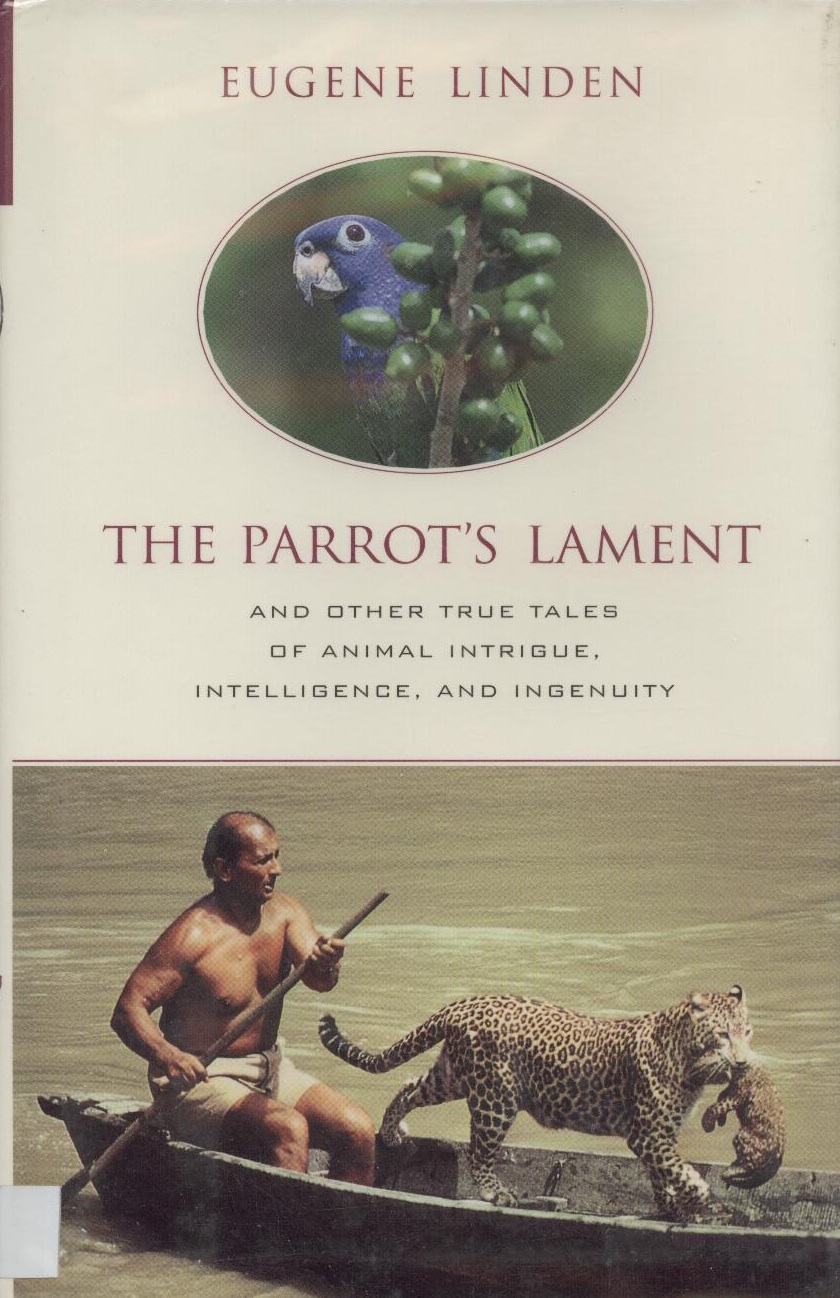 Sadness of another kind is often present in Born for Love, a book I also mentioned earlier. Its authors, Maia Szalavitz and Bruce D. Perry, add the subtitle, “Why Empathy is Essential—and Endangered.” The view of “endangered” may be the result of youngsters Perry has counseled in his practice as child psychiatrist. Perry has dedicated himself to improving the lives of high-risk children; tragically, there are times when he arrives too late help his youthful charges. An upbringing he terms “adverse childhood” that offered no empathy, love, or altruism from the adult(s) who cared for the child makes it difficult, often impossible, for the child to develop these traits. Perry encountered a boy who, by age twelve, had become a seasoned con artist; another boy of comparable age committed a murder over a pair of sneakers.

Recent changes in technology, child-rearing practices, education, and lifestyles rob children of human contact and deep relationships, the authors write; hence, their view that empathy is endangered. The underlying culprit, they show, is economic inequality, which breeds “us versus them” thinking that engenders the opposite of empathy. The authors cite research that documents that the most stressful of all life situations is finding yourself on the bottom rung economically, with jobs that provide little control yet punish you harshly for minor transgressions. Status struggles affect the stress response system, and chronic, uncontrollable stress damages the brain and body. Hence, stressed-out workers do not make good parents. In recent years, comment Szalavitz and Perry, the United States has seen a rise in inequality that is alarming, with lower life expectancy and higher infant mortality than in European countries. The down spiral began in “the Reagan years and go-go 1980s,” and “The current chasm between rich and poor is the largest ever measured in the United States—and the last few decades have seen dramatic increases.” About a third of the differences between people on test scores for verbal ability can be accounted for by socioeconomic status, they state.

Frans de Waal comments similarly while glancing into the collusions of his own profession. “When Ronald Reagan and Margaret Thatcher preached that greed was good for society, good for the economy, and certainly good for those with anything to be greedy about, biologists published books in support of this view. Richard Dawkins’s The Selfish Gene taught us that since evolution helps those who help themselves, selfishness should be looked at as a driving force for change rather than a flaw that drags us down.” Thankfully, that view has come and gone, he notes, and “Anyone following evolutionary biology must have noticed a parallel change of heart.” He cites books like The Tending Instinct and The Cooperative Gene, and he mentions his own writings on the subject of empathy.

Szalavitz and Perry, who devote the last one-third of their book on socioeconomic issues, end on a darkening note where de Waal seems more hopeful. As individuals, we must rely on our own experience, our own efforts to grow in empathy no matter how grim our childhoods or stressors in the workforce. Indeed, Born for Love demonstrates that, occasionally, an individual can rise above his or her past adversities and become an altruistic member of society. 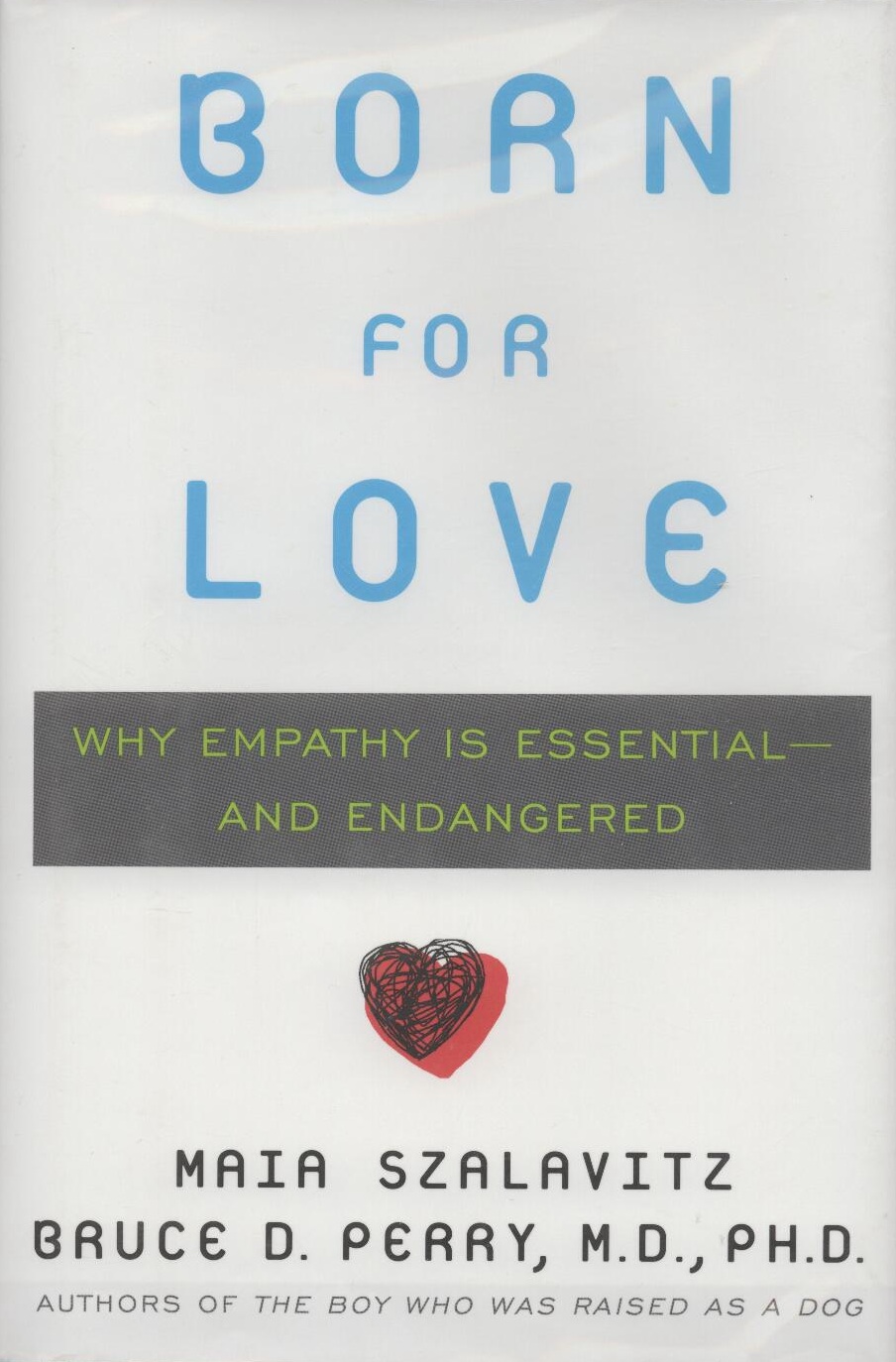 Tags: "empathy" "family life" "in animals"
« Back to posts