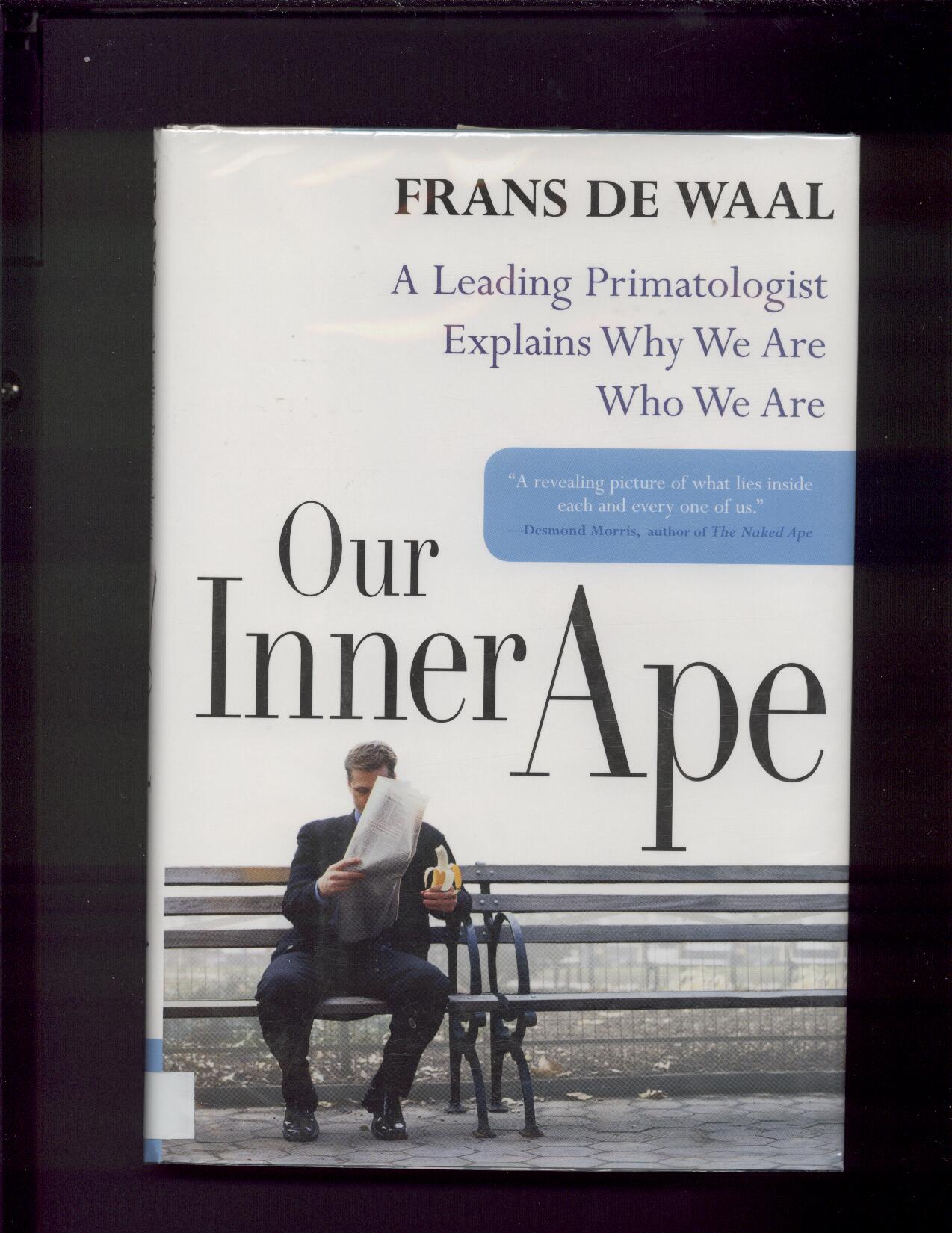 Yoga instructors often use animal imagery to prompt participants into a succession of moves. The downward dog, the monkey pose, the swan dive, the cobra, the cat, the cow: these remind us that the animal kingdom is part of our own being. We are induced to reflect that the often nasty or clichéd attributes we ascribe to animals are character traits of ourselves: cunning of monkey, viciousness of cobra, self-containment of cat, faithful-to-mate swan, gregariousness of dog, docility of cow.

Frans de Waal, one of the world’s best-known primatologists, never hesitates to draw parallels between ape behavior and its human counterpart, including similarities in aggressive and conciliatory actions. He has observed that our social structures are akin to those of chimpanzee and bonobo. “The power-hungry and brutal chimp contrasts with the peace-loving and erotic bonobo,” he writes in Our Inner Ape, the dustcover of which is pictured above, suggesting that the inner landscape of humans often contains a mix of the two. His Chimpanzee Politics compares the schmoozing and scheming of chimpanzees involved in power struggles with that of human politicians.

In Our Inner Ape he points out that human social conventions are often couched in “the solemn language of morality” when in fact they fall outside of it. Moreover, social rules can vary from culture to culture. In his chapter “Kindness” he examines human as well as animal empathy, self-awareness, and reconciliation. De Waal, who began his career in his native Holland, subsequently explains his first culture shock as he moved to the United States and settled in Atlanta, Georgia: A local woman had been arrested for breast-feeding in a shopping mall. “It puzzled me that this could be seen as offensive. My local paper described her arrest in moral terms, something having to do with public decency. But since natural maternal behavior cannot conceivably hurt anybody, it was no more than a norm violation.” In Europe, he states (and I can vouch for that observation), “no one blinks an eye at naked breasts, which can be seen at every beach, but if I were to say I had a gun at home, everyone would be terribly upset and wonder what had become of me. One culture fears guns more than breasts, while another fears breasts more than guns.”

My life began in Soviet-controlled East Germany and later shifted to West Germany. Before immigrating to the States, I resided in France. During my working life here, I have run up repeatedly against moral judgments. Sometimes a “violation” cost me dearly precisely because the norm was steeped in the language of morality. As someone who loves languages, I tend to discount linguistic customs, knowing that they continually change and evolve. Even grammar rules and regulations change, sometimes in the course of a decade, partly because new words come into existence—though, listening to some language teachers, you’d think linguistic conventions are cast in brass, to be rote-memorized for all eternity.

As it happened, my first tenure-track job was at a small Christian university in a town I have described as the real-life counterpart to Garrison Keillor’s mythical Lake Wobegon. Son Andy, in Europe on business at the time, sent me a clip from France that I passed on to my colleagues. The thirty-second ad was on behalf of an automobile featuring a lever, accessible to the driver, that flipped the passenger seat into “lounge” position. We see an attractive woman at the wheel. She notes her husband’s car approaching and quickly reaches for the lever, making her male companion disappear from view. As she passes the husband’s car, she holds up a shirt she just picked up at the cleaner’s. The distinguished-looking husband, however, is also shown to activate a lever. After the two cars have passed each other, the husband’s passenger seat returns into upright position to reveal a young man in cowboy hat and T-shirt, grinning and chewing gum.

I thought the clip funny even if it came without the words that would have been a part of the original. When I sent the clip, I was aware that my supervisor, the chair of the department, was gay and making ready to come out of the closet. The previous year a gay student had killed himself, apparently in response to the televised spectacle of right-wingers picketing Matt Shepard’s funeral in Wyoming. (Shepard, a student at University of Wyoming, was brutally beaten and left to die in the snow, tied to a fence post.) I also knew that the professor who chaired the Humanities Division of the “Lake Wobegon” institution did his best to prevent his younger colleague from coming out. Since the student suicide happened off-campus, he pretended to ignore the act.

I did not last long at that school. My supervisor, too, left the institution. Before he announced his plans to go elsewhere, however, he made sure I would be ousted—perhaps for no better reason than his older colleague’s endorsement of me during the vote to hire me. Unlike my tenured supervisor, I had no opportunity ahead of time to look elsewhere; besides, I truly believed I’d be a lasting presence at “Lake Wobegon.”

Academic departments are chimp colonies, with hierarchies as inflexible as those in great apes colonies—with the exception of the bonobos, that is. Bonobos, too, have their conflicts, disagreements, and social hierarchies, but they resolve tension without the brutality common in chimp societies. Bonobo command structure is matrilineal, and bonobo females, unlike male chimps, avoid physical violence, avoid threatening postures even, and use peaceable conflict resolution instead. 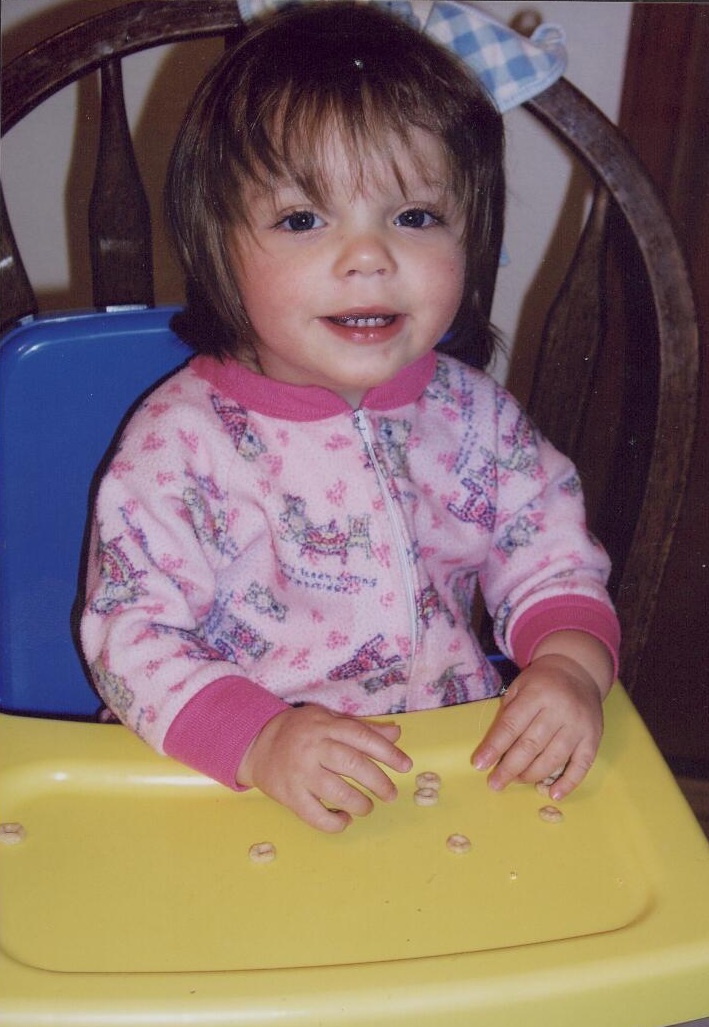