Posted by Edith Cook on Saturday, September 3, 2011 Under: Reading Life 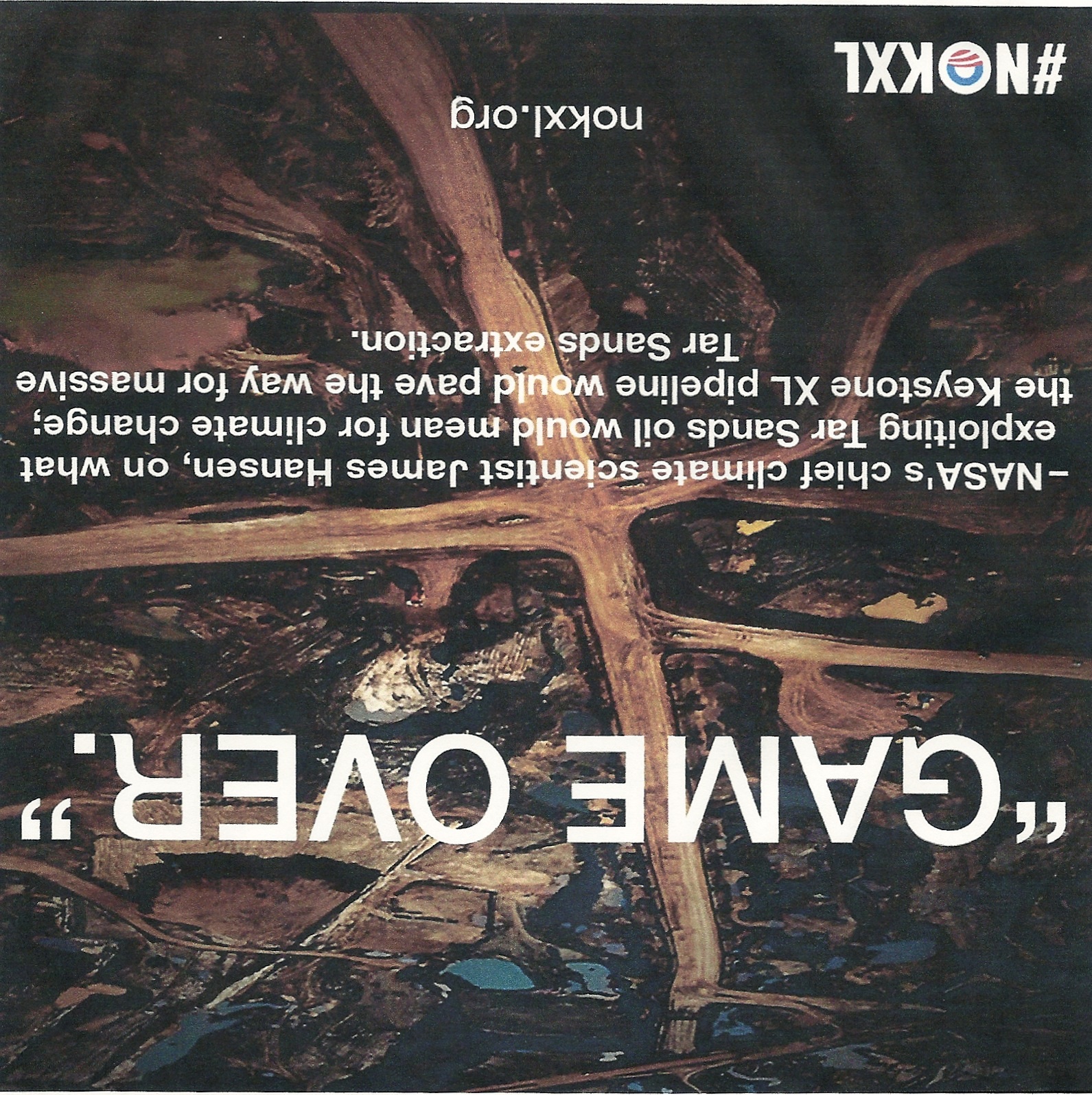 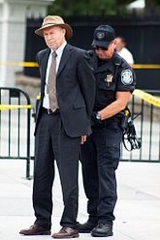 Saturday Sept. 3, 2011, marks the final sit-in rally after two weeks of civil disobedience, which has been happening in Lafayette Square Park across from the White House. Participants staged protests against TransCanada’s proposed Keystone XL tar-sands oil pipeline, which President Obama is set to green-light. The current tally of arrests stands at 1,009 and it includes NASA’s top scientist, Dr. James Hansen, director of NASA's Goddard Institute for Space Studies. Before he was detained by authorities, Hansen reportedly yelled into a microphone for President Obama to oppose the pipeline, “for the sake of your children and grandchildren.” The above pictures show him first, testifying to Congress a couple of years ago and second, being arrested across from the White House. He is the author of the recent, Storms of My Grandchildren: The Truth About the Coming Climate Catastrophe and Our Last Chance to Save Humanity.

Canada began producing oil from tar sands in the early 1980s, which consists of heavy crude oil mixed with sand, clay and bitumen. Extraction entails burning natural gas to generate enough heat and steam to melt the oil out of the sand; additionally, about five barrels of water are needed to produce a single barrel of oil. The Canadian tar sands are located in the Canadian Boreal forest, just downstream of the eastern foothills of the Rocky Mountains, and the mining is slowly eroding the Boreal forest and its wildlife. Toxic waste from the mining operations is stored in vast human-made dams (“tailings ponds”) that already cover sixty-five square miles.

By 2007, the practice yielded 1.4 million barrels of oil per day, “enough to meet nearly 7 percent of current U.S. oil needs,” wrote Lester Brown, president of Earth Policy Institute, in his 2008 publication, Plan B 3.0: Mobilizing to Save Civilization. Extracting oil from tar sands is costly, he points out, and it wreaks environmental havoc “on a vast scale.” It is highly carbon-intensive, and yet the net energy gain is low: “Currently, two tons of sand must be mined in order to produce one barrel of oil,” he quotes an analyst, and “It takes the equivalent of two out of three barrels of oil recovered to pay for all the energy and other costs involved . . . “

Why do nations engage in such wasteful and harmful practices? It is well known—and Brown cites the statistics supporting his observation—that oil production has peaked, and “depletion psychology” has set in. Brown has offered, and continues to offer, alternative approaches to global energy needs, including in his most recent, updated “Plan B” proposal, of which more later.

In 2009, the U.S. imported some 900,000 barrels per day of the dirty oil from our northern neighbor; Canada used the rest. Canada’s greenhouse gas emissions are projected to be nearly 35 percent higher in 2010 than its 1990 levels, reads a post on RAN. Because of the energy required to extract and process tar sands oil, the practice produces three times the greenhouse gas emissions of conventionally produced oil. The Alberta region contains some 2 trillion barrels of oil, but “getting to it will mean destroying an area larger than the state of Florida.” Read more at What are the Tar Sands? | Rainforest Action Network http://ran.org/content/what-are-tar-sands#ixzz1WtgKBMLl

Starting in Alberta’s tar sands fields, the proposed pipeline would run 1,700 miles through Montana, South Dakota, Nebraska, Kansas, and Oklahoma on its way to refineries in Texas. It is projected to cost $7 billion and carry an estimated 800,000 barrels of tar-sands oil per day. Spills are alarming occurrences from pipelines such as the proposed TransCanada one. Between 2000 and 2009, pipeline accidents were responsible for 2,794 significant incidents and 161 fatalities in the United States. In 2010 alone, the Enbridge pipelines spilled over one million gallons of the dirty oil from Canada’s tar sands into Michigan’s Kalamazoo River; 275,000 gallons in a suburb of Chicago; and 126,000 gallons near Neche, North Dakota. And within a few months of beginning operation, TransCanada’s recently-completed Keystone pipeline had leaked at least three times in South Dakota. Now TransCanada is set to build the Keystone XL pipeline over and, in some places, in the Ogallala Aquifer, which serves as the primary source of drinking water for millions of Americans and provides 30 percent of the nation’s irrigation water from underground sources. Keystone XL will cross America’s agricultural heartland. http://www.nrdc.org/land/files/TarSandsPipeline4pgr.pdf provides these details and more under “Say No to Tar Sands Pipeline” on http://www.nrdc.org

President Obama’s task must be to redirect the $70-100 billion dollars the United States is set to invest in tar sands infrastructure and apply it into the development of sustainable energy alternatives: electric vehicles; plug-in hybrids; solar, wind, and geothermal energy. Such policies, as Lester Brown has shown, are urgently needed to wean us from our self-destructive consumption of oil. As they direct us away from oil dependency, we become conscious of our environment and what we must do to protect and preserve it for our children. 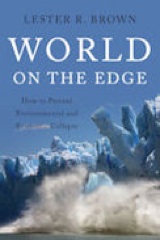