Memories of Judt in Light of Abulhaw

Posted by Edith Cook on Saturday, July 30, 2011 Under: Reading Life 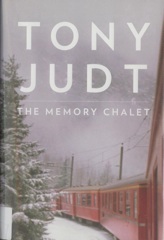 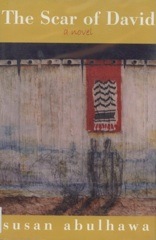 Unlike earlier in my life, today I read few fictional stories, but when I do, I pick books that tend to address real-life exigencies thinly disguised. Of these, Susan Abulhawa’s novel affected me profoundly. The Scar of David presents a fictional account Israeli-Arab interactions, some of them astoundingly empathetic, while simultaneously providing insight into the plight of today’s Palestinians in the presence of their Israeli overlords. Recently, President Obama proposed a peace accord that stipulated an Israeli return to the 1968 borders, which was met with scorn, even outrage, although each American president has proposed a similar return to these prior borders—which essentially stipulates that Israel quit its occupation of the West Bank and concede a bit of homeland for a native population that has lived as refugees on its own soil since the State of Israel was created some sixty years ago in a country then under British rule until the 1940s but Palestinian nonetheless.

Some Israeli authors have written sympathetically on this issue, both in fiction and nonfiction. Of these, Tony Judt comes to mind, a well-known Americanized British Jew who has written extensively on American and European history. Judt also served in the Israeli army from 1966 to 1968, after spending several summers working on Israeli kibbutzim, having embraces what he calls “left-wing Zionism” or “Labor Zionism.” Eventually he came to regard his mindset of the sixties as “my Zionist illusions.”

Inasmuch as I was familiar with Judt’s, Ill Fares the Land, I eagerly picked up his latest, The Memory Chalet. Alas, it was the final work of the author, who at sixty-two succumbed to a form of ALS, Lou Gehrig’s desease, in 2010. In his final months, against seemingly insurmountable physical constraints, Judt put together the memoir via dictating his observations, which a friend later transcribed. One of the chapters, titled Kibbutz, contains the following passage:

The essence of Labor Zionism, still faithful in those years to its founding dogmas, lay in the promise of Jewish work: the idea that young Jews from the diaspora would be rescued from their effete, assimilated lives and transported to remote collective settlements in rural Palestine—there to create (and, as the ideology had it, recreate) a living Jewish peasantry, neither exploited not exploiting.

The ideology, he notes, was derived in part from “Russian myths of egalitarian village communities.” Working in a kibbutz he noted early on that not everyone was equal in these settlements. It bothered him that he never met “a single Arab” during his kibbutz stays, notwithstanding a close proximity of “the most densely populated communities of the country.” It further bothered him “how little my fellow kibbutzniks knew or cared about the wider world.” The wider world comprised, of course, their Arab neighbors, herded off into refugee camps not unlike those existing in the living memories of European Jews turned Israeli elitist.

Then Judd found himself a member of the Israeli army “on the Golan Heights after the Six-Day-War.” To his dismay, he discovered that “most Israelis were not transplanted latter-day agrarians but young, prejudiced urban Jews.” With alarm he notes that their aggression hardly set them apart from their European and American counterparts. Judd is alarmed by “their macho, swaggering self-confidence, and access to armed weapons” and “their attitude toward the recently defeated Arabs shocked me” and he adds that “the insouciance with which they anticipated their future occupation and domination of Arab lands terrified me.”

In 2003, Judt published in the New York Review the single most controversial of all his essays, “Israel: The Alternative.” The very idea of an ethnic Jewish state had become an anachronism, he wrote, and should be succeeded by a binational state. He was contemptuous of the way a powerful lobby had manipulated Jewish American opinion.

In 2006, in “The Country That Wouldn't Grow Up” he dealt in passing with the accusation that criticism of Israel was anti-Semitic. He warned that genuine anti-semitism may in time cease to be taken seriously, thanks to the Israel lobby’s abuse of the term.

Pity he never perused Susan Abulhawa. Her Scar of David begins where his memoir stops.