Tales About the Self

Posted by Edith Cook on Saturday, September 17, 2011 Under: Reading Life 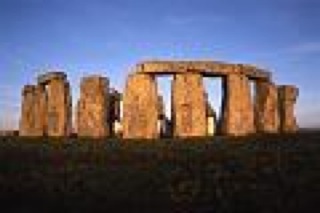 Men like to build things. Big things, monuments that will leave behind a grand if not grandiose picture of themselves and their group. No matter the time, no matter the culture, the males within a given society love to erect monuments. The urge begins in boyhood and lasts a lifetime.

What men and boys don’t care to build: relationships that would make for amicable discourse, reciprocity, and empathy. That negation, too, begins in boyhood. Recent research has shown that not just individuals here or there but boys generally consider it a waste of time to talk though a problem, engage in compromise, or seek resolution for a conflict. Why sit down to messy negotiations when you can swing a stone ax at your opponent or send off a Scud missile? Boys and men disdain looking deeply into their motives. They dislike thinking or talking about themselves.

The problem is, men talk about themselves whether they mean to do so or not, and the message conveyed is often confusing, if not downright detrimental and unintended. For example, to pitch a product, a service, an idea, we often begin by telling an anecdote that’s meant to put our audience at ease. We may think the story funny only to find, our audience is far from amused. Robert Kelley, who trains business executives to become star performers, tells of Stephen Chao, a thirty-something executive busily building a mega-career in Rupert Murdoch’s Fox Television camp. Already Chao had climbed to station president and head of the news division. Then he gave a daylong seminar to television-industry executives in glitzy Snowmass, Colorado. His talk pertained to government-imposed ratings on television programs, not exactly a brainteaser; hence, the young CEO sought to spruce up his presentation by opening with a male stripper. His prop ended “gyrating at the podium wearing only a pony tail,” writes Kelley.

Kelley attributes Chao’s faux-pas to “fatal lack of knowledge about his audience,” which included then-Defense-Secretary Dick Cheney and his spouse, Lynn Cheney, then head of the National Endowment for the Humanities, along with “a coterie of think-tank conservatives.” Well. Even not-so-conservative individuals may feel affronted by a business seminar that begins with a strip-show gimmick. Such an introduction can shut down attention before the presenter ever opens his first PowerPoint slide. When our symbolic talk about ourselves is as gauche as Chao’s, not only are we unaware of audience expectation, we are inattentive to the inner whys and wherefores that trigger our decisions, including the drive to tell something about ourselves. In another setting—as parents, say—our own adult child may be a Stephen Chao. We do not understand the man, nor does he understand himself.

“Confess your own sins, not someone else’s,” reads the legend of a website dedicated to Sidney Jourard, under “letting down your guard: no secret is forever hid” (www.sidneyjourard.com), who espoused the humanist psychology of Viktor Frankl, my own unforgettable mentor. Jourard lost his life at forty-eight in a freak automobile-repair accident yet his legacy, like Frankl’s, survives. “Confess your own sins, not someone else’s” means more than admitting our shortcomings: it cautions us to refrain from gossiping and focus on the self instead. Self-disclosure, however, is frightening. We have a mask to uphold, an ego to protect, a role to play—and society insists we do it well. Indeed, as social subjects we are well-rehearsed in focusing on the other. Lawyers in court hold forth on someone else’s sins, scholars in language arts do so via literary criticism (a highbrow form of gossip), lab researchers try to prove wrong some nemesis. The roles we take on, even as teachers, direct us away from self-knowledge, and the self-concealment we practice contributes to diseases and problems of all kinds. It also brings about unintended blunders.

By mocking the prudery of program censors, Stephen Chao attempted to confess someone else’s sins. With this misstep, his carefully constructed edifice came tumbling down. Boss Murdoch personally called up to fire his station president and division manager. Would that somewhere during his studies, Chao had paused to read or listen to a Sidney Jourard: Constructing a lasting edifice might have taken a backseat to something more important. 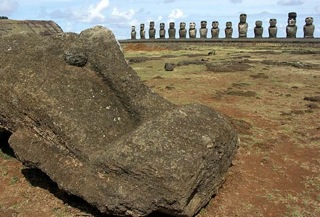