The Global Scene at Local Level

Posted by Edith Cook on Saturday, August 6, 2011 Under: Reading Life 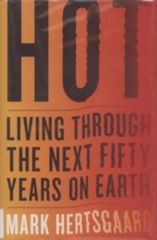 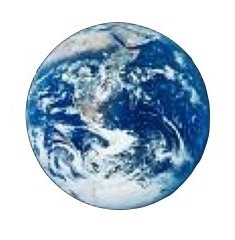 ALS constitutes “progressive imprisonment without parole,” wrote Tony Judt in his memoir, discussed in my previously post. Last year Judt succumbed to a variant of the neuro-muscular Lou Gehrig’s disease. Though the sufferer is rendered completely immobile, there is no loss of sensation and, in his case, “there is no pain. In contrast to almost every other serious or deadly disease, one is thus left free to contemplate at leisure and in minimal discomfort the catastrophic progress of one’s own deterioration.” So reads Judt’s description in The Memory Chalet.


In my dark moments I think Judt’s tragic experience an analogy for humanity’s climate-change situation. Global warming is a similar catastrophe and, like Judt’s, relentless in its progress. Climatologists, earth scientists, and others who are knowledgeable of its outcome might view themselves imprisoned like Judt: for decades they have sounded the alarm and still, most US governments, both on the federal and the state level, slosh on with business as usual. The Bush-Cheney years in the United States is a sorry case in point: these leaders’ personal fortunes rest in the oil industry; hence, they stood to gain from denying the effect of carbon emissions. A disinformation campaign sprang up, the Global Climate Coalition, well-funded by the “carbon club”—the powerful coal, oil, gas, and automobile lobbies—which promoted an agenda to discredit scientific findings on climate change. In 1997, British Petroleum quit its contributions to the Coalition, and in 2008, Exxon-Mobil said it would do the same, but it merely changed tactics: instead of denying global warming, it now focuses on producing studies that claim unacceptable economic hardships if legislation were enacted to curb carbon emissions.

“This was a crime,” Germany’s chief adviser on climate change, Hans Joachim Schellnhuber, is quoted as saying to author Mark Hertgaard in Hot: Living Through the Next Fifty Years on Earth. Schellnhuber spoke in reference to the “lost decade” of US failure to enact carbon-emissions regulations under Bush-Cheney. But even under Clinton in 1997, the carbon club lobby produced a Senate vote of 95 to 0 to oppose American participation in the impending Kyoto Protocol, that is to say, in international efforts to address the climate-change problem. Like Schellnhuber, the United States’ own James Hansen, chief climate scientist at the space agency NASA, is worried: The Obama administration’s effort to legislate reduction of carbon emissions runs into opposition at every turn. Meanwhile scientists studying the problem are alarmed at the rapid advance of global warming: findings are, catastrophic climate change is already present and going strong, having arrived a century earlier than anticipated, writes Hertgaard.

I live in Wyoming, a state that’s a microcosm of the business-as-usual attitude of the Bush-Cheney years—not surprising, really, since Mr. Cheney grew up in Casper and represented Wyoming in the US House of Representatives until 1989. For his promotion of the Wyoming petroleum and coal industries, the federal building in Casper, a regional center of the fossil-fuel industry, is named the Dick Cheney Federal Building. Today, pricey Jackson Hole is listed as Mr. Cheney’s legal residence. Wyoming is rich in fossil-fuel resources and relentlessly pursues extraction of coal, gas, and oil. Now HBO is putting together a mini-series on Mr. Cheney, based on the book Angler, whose author suggests that Cheney was the real president in the Bush-Cheney White House. It’s a given that television produces entertainment at best, distortion at worst; hence, let’s not expect a discussion of humanity’s impending climate-change peril. My next post will have more to say on the Wyoming situation.