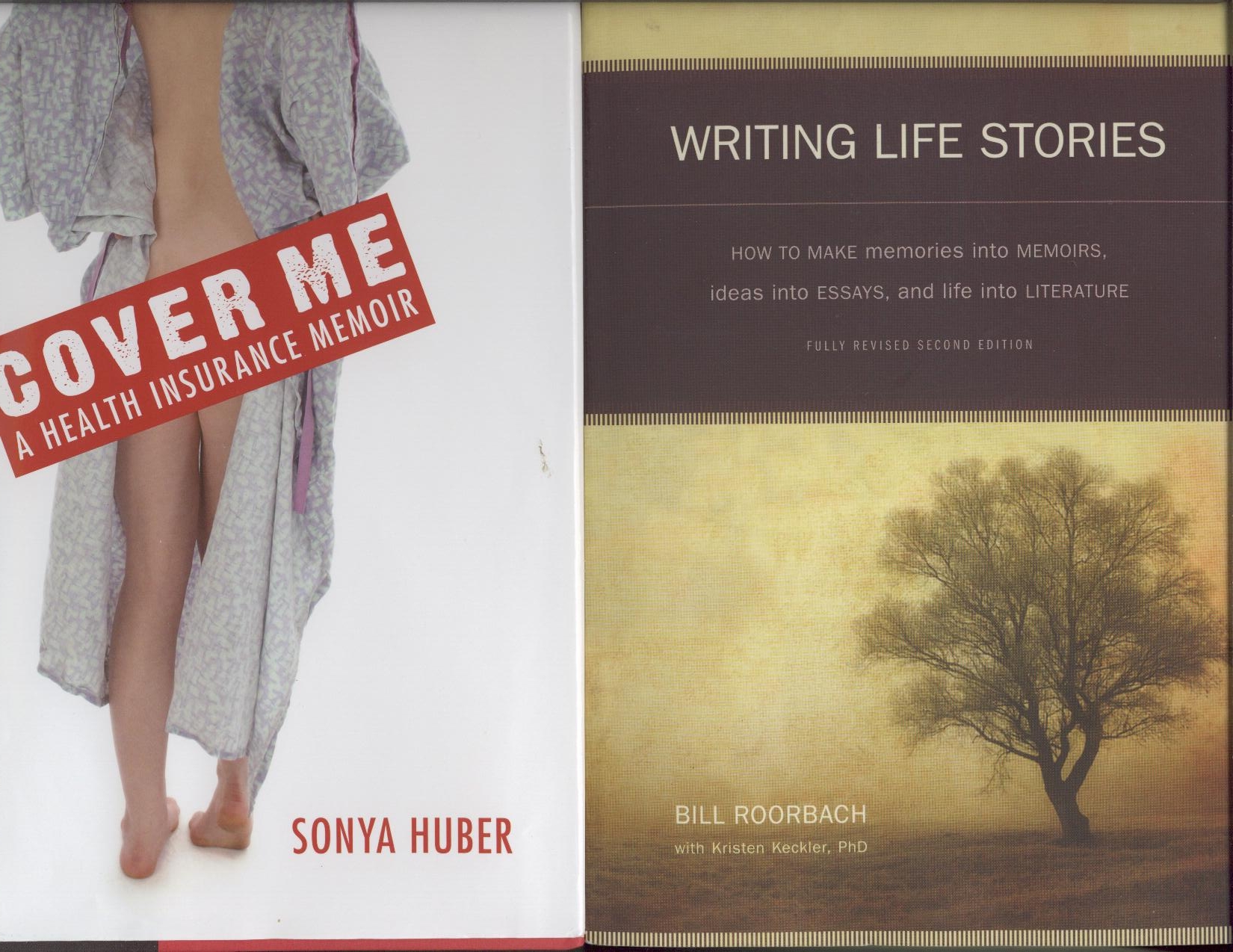 In the fall of 2009, Leif Swanson offered a creative-nonfiction writing class in the Cheyenne college known by its acronym, LCCC, that used Bill Roorbach’s Writing Life Stories. I was then part of a writers’ group that showed signs of falling apart; hence, when a participant mentioned signing up--she’d heard good things about Swanson’s teaching--I followed my friend and took the class. Swanson’s assignments revolved around Roorbach’s directives.

Roorbach urges the would-be memoirist to look for a phrase in her or his writing that summarizes something and “crack open” what’s only hinted in the sentence. “[C]racking open will help you begin to clearly see the difference between scenemaking (action, talk, gesture) and expository writing (explanation, summary, opinion, information).” I used to teach college-level expository writing and write essays on Virginia Woolf and Kurt Vonnegut; hence, Bill’s advice was right on the money. His text also touches on the philosophical. Memory has its own story to tell, he says, and memory is faulty. What’s remembered and recorded is never the event itself, no matter how precisely rendered; the best we can do is listen to what memory has gathered and absorbed.

Halfway through the semester, Bill himself appeared on campus as part of LCCC’s Literary Connections. Among other things his presentation considered the ethics of writing about family members. He conceded that, knowing the disclosures would inflict a hurt he had no wish to mete out, certain events in his life have remained undisclosed in memoir, undisclosed even when he could have fictionalized the occurrences. The decision meant, however, that he would consign to the unspoken a story or stories his readers would find informative and entertaining.

More recently, writer friend Sonya Huber in her 2010 Cover Me: A Health Insurance Memoir acknowledged Roorbach as one of her mentors. I wondered what had become of Bill and paid a visit to his website. On the site Bill and a friend, David Gessner, maintain a page titled “Bill and Dave’s Cocktail Hour” that’s enlivened by charming drawings from Dave’s pen, while “Bad Advice Wednesday” is Bill’s weekly column on that page. His latest post (June 8, 2011) responds to a reader’s question, “How do you handle sensitive material when it will be out and about for all the world to read?” The reader wished to write a memoir but is “terribly worried about offending my mother, who is sensitive about some of the material in the book. . . . Also, I’m worried about my children reading this material, as they are not fully aware of their grandfather’s story, nor mine (I have a checkered past, to say it mildly).”

Bill suggests to the inquiring reader that she write the book first and worry about its effect on family later. “If the story is haunting you, get it on paper.” He adds that this process alone will probably take a couple of years. “Later, you can always make adjustments to protect the innocent or not-so-innocent.” Most publishers, he says, give a legal reading to manuscripts to determine if anyone’s privacy is being violated or if anything liable is being committed. The publisher may request changes or “artful obfuscations.” Bill goes on to explain: “A good editor will help you avoid trouble with some tried and true methods of disguise, up to and including composite characters.” However, he concedes, in writing a memoir, you can’t very well change your name and identifying characteristics. “And changing Mother’s name to Mommy won’t help much either.” One writer he knows attributed her own controversial behavior as sex worker to her sister, Ann. “But she didn’t have a sister . . . the memoir went forward, its point being not the sex trade but the effects of sexual abuse in her family.” He concludes with “While you’re looking out for the feelings of others, remember that it’s your story, too, a story you have every right to tell. . . . If there’s no controversy, where’s the story?. . . . Interview your people, get their side of the story, and make sure you include their side in your book, if only to smash it. The interview will also have the effect of letting your people know what you’re up to.”

In light of his writerly reticence that day in Cheyenne, I wonder: is Bill suggesting to his reader, “Do as I say, don’t do as I do”? Back then, did he fail to heed his own advice? Has he changed writing tactics since 2009?

That LCCC Literary Connections talk of Bill’s was more complex, actually, that what is suggested above. Bill began by reading a personal-experience story of his, recently published, that I found unsatisfying—and I said so. A reader would feel cheated, I said, for I sensed that he had left out important information. “Besides,” [she said indignantly]: “The storyteller’s dogged focus on his daughter’s toy mermaid infantilizes the girl.” Soon another audience member pointed out that the most recent publication of his textbook left out large chunks of Bill’s own personal narratives, passages he had used in the earlier textbook to illustrate a point. Some people expressed envy toward classmates who were fortunate to own the unexpurgated version, saying they regretted the omission of vivid and entertaining passages.

Bill’s talk then turned into something of a confession. He expressed dismay at not being able to say in print what he felt he needed to say. A family member had objected to the personal-narrative passages in the earlier textbook; hence, his decision to expunge the snippets from the most recent publication. Because my comments had sparked the exchange, Bill dubbed me his “therapist,” sauntering over at one point to put his arm around my shoulder. The discussion turned so lively that the woman presenter who followed Bill’s talk suggested [meanly if jokingly] that I was Bill’s “plant,” as if Bill and I had staged my criticism for the sake of an entertaining presentation. Needless to say, this was not the case. I was unacquainted with Bill’s story until he read it that day; I merely had the presence of mind to comment on its flaws.

Here, then, lies the crux of the problem. In writing a story, a memoir, or an autobiographical essay, the writer owes it to the reader to present a good-enough picture so as not to leave the reader floundering. The evidence imparted in completing the picture, however, may hurt someone’s feelings who recognizes herself or himself as “it.”

Postscript: Yesterday I invited Bill to visit my website, read this post, and, if he wished to do so, respond as guest blogger. I imagine him reacting, “With friends like you, who needs enemies.”