A good time to visit Japan is when the cherry trees blossom. Here I am with ten-year-old Kyoko Miwa, on the campus of International Christian University in Tokyo, from which her dad Shimpei graduated. He now works for Toshiba.

With Shimpei at a Sushi bar. Noriko took this pic. 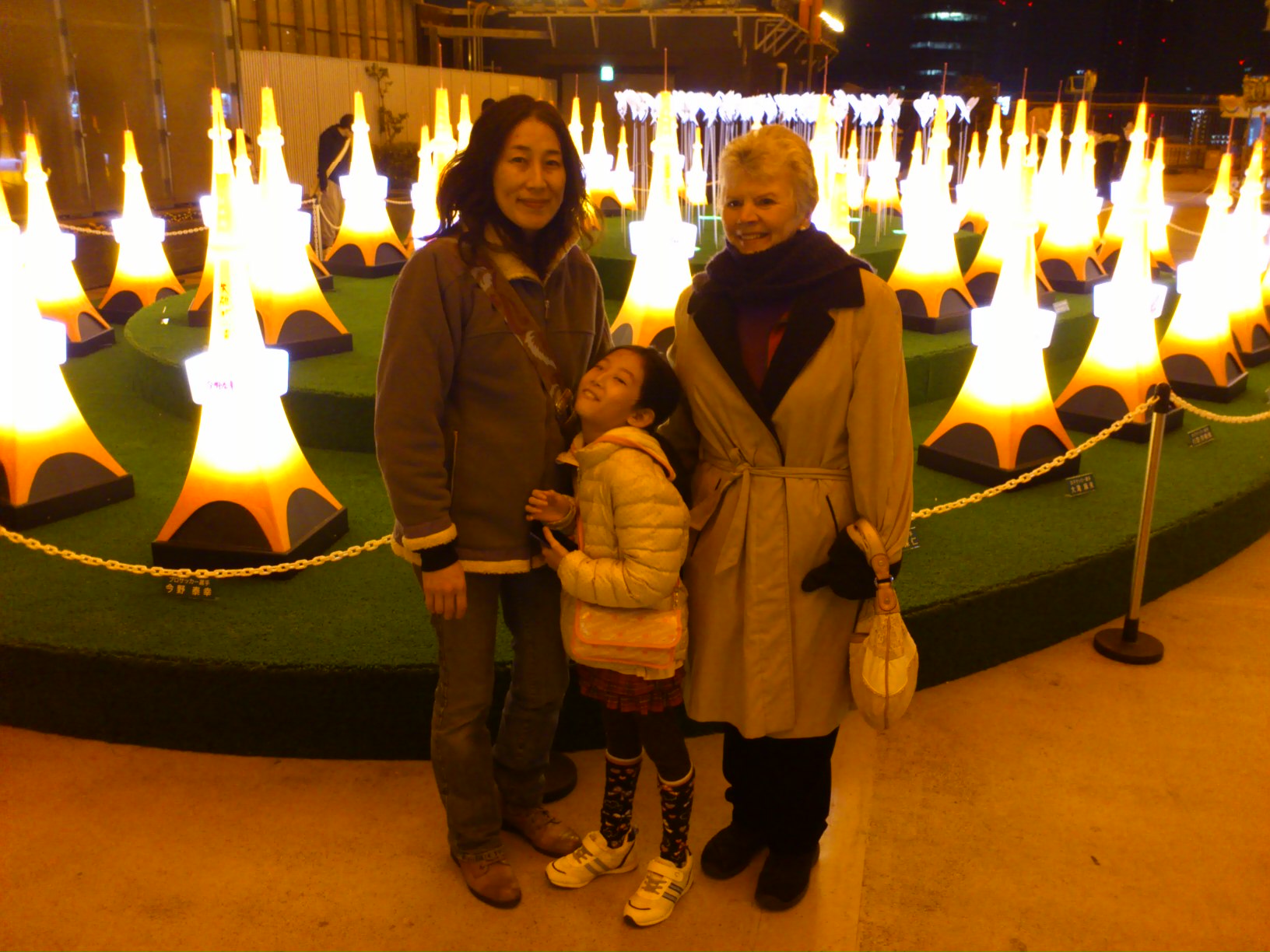 Shimpei took this pic during our night-time stroll through Tokyo. Noriko and Kyoko are with me. The statues in the background are purchasable small replicas of Tokyo Tower, which is a larger version of the Parisian Eiffel Tower.

"I have returned to Wyoming safe and sound," I wrote the Miwas earlier today. "Jet lag makes me stay up at night and so, I have composed an essay on experiences in Japan. My editor said he would publish it in two installments. I have attached it and hope you will comment if something is not right.

"Sometimes I interjected comments about life in Japan that I did not glean from you directly but had absorbed elsewhere. Sometimes I would have liked to expand further (for example, on the Shinto remarks and Japanese poetry); regrettably, I'm on word-count restraint.

"Soon I will send you the essay I wrote and published before I left, on recent Japanese history. It's essentially a book review of John Dower's Ways of Forgetting, Ways of Remembering: Japan in the Modern World. A handful of readers were offended and sent hate mail and letters to the editor lambasting me. They didn't like the view that the atom-bomb attacks were horrid and inhumane and plain morally wrong.

"The Japanese did terrible things to the Chinese," one reader wrote, as if that justified the bombing. Since when do two wrongs make a right?

"Noriko, it was a similar reaction you described from American classmates to your or your friend's report on Hiroshima.

"My heartfelt thanks for the lovely days I spent with you. Your generosity made my sojourn unforgettable, a time I'll remember always."