Posted by Edith Cook on Sunday, August 28, 2011 Under: Reading Life 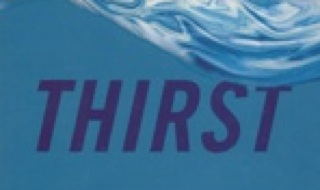 My previous post mentioned Fishman’s detail regarding FIJI. The water is drawn from an aquifer on the north coast of Fiji’s main island and finds its way into more than a million bottles of water a day, bottles that make it by truck, cargo container, some five to seven thousand miles to reach American consumers while more than half the residents of the nation of Fiji do not themselves have safe, reliable drinking water.

Until the Coca-Cola company was kicked out of India, its withdrawal of groundwater for bottling Dasani and other drinks caused water shortages in more than 50 villages—that’s fifty villages, not fifty families. What happened to the plant once India took it over? What happens to the surrounding villagers, to the workers who service the plant?

Despite the less-frequent quality testing and often commonplace origin of the product—more than a quarter of bottled water is just processed tap water, including top-selling Aquafina and Coca-Cola’s Dasani—bottled water consumption has soared. Annual consumption in the United States in 1976 was less than 2 gallons for every man, woman, and child; some 30 years later, Americans on average each now drink about 30 gallons of bottled water a year. All this hydration costs Americans more than $15 billion a year. The price of individual bottles of water ranges up to several dollars a gallon (and more for designer brands), while tap water is delivered directly to homes and offices for less than a penny a gallon. People complain about $3-a-gallon gasoline yet they pay even more per gallon for bottled water.

In contrast to tap water, which is delivered through an energy-efficient infrastructure, bottled water is an incredibly wasteful product. It is usually packaged in single-serving plastic bottles made with fossil fuels. Lester Brown’s Earth Policy Institute reported in 2007 that, just manufacturing the 29 billion plastic bottles used for water in the United States each year requires the equivalent of more than 17 million barrels of crude oil. Nearly one quarter of bottled water crosses national borders before reaching consumers, and part of the cachet of certain bottled water brands is their remote origin. Adding in the Pacific Institute’s estimates for the energy used for pumping and processing, transportation, and refrigeration, brings the annual fossil fuel footprint of bottled water consumption in the United States to over 50 million barrels of oil equivalent—enough to run 3 million cars for one year. If everyone drank as much bottled water as Americans do, the world would need the equivalent of more than 1 billion barrels of oil to produce close to 650 billion individual bottles.

Once the water is consumed, much of the plastic ends up as garbage that takes up to 1,000 years to biodegrade. According to the Container Recycling Institute, of all the plastic water bottles in the United States, an astounding 86 percent is tossed into the trash. Almost 40 percent of the PET bottles that were deposited for recycling in the United States in 2004 were actually exported, sometimes as far away as China, shamelessly adding to the resources used by this product.