Posted by Edith Cook on Monday, November 14, 2011 Under: Reading Life

It’s windy in Wyoming, particularly this time of year as autumn morphs into winter. Wyoming is my home now, for better or worse. I watch with interest its wind-development. Legislators debate back and forth on wind taxes, but it looks like wind energy is on the march, now that Wyoming transmission likes have become part of a federal program that has put electric transmission projects on the fast track.

All the more surprising that coal is still king in this part of the country. One of the big reasons that oil displaced coal as fuel source in the first half of the century: oil is liquid. It can be piped, pumped, processed, and stored with relative ease. Moving coal is a dirty, difficult, and expensive endeavor. Coal is dependent on the rails, and over the past thirty years, the two major railroads that haul coal out of Wyoming’s Powder River basin, the Burlington Northern Santa Fe (BNSF) and the Union Pacific (UP) have spent “hundreds of millions of dollars to build the most technologically sophisticated rail networks in the world,“ writes Jeff Goodell in Big Coal. The train traffic is staggering: in 2004, BNSF hauled 220 million tons of coal out of the basin, and today UP hauls even more coal than BNSF. “The 231 miles of track between Gillette, WY, and Alliance, NE, carry more coal per mile than any other stretch of rails in the U. S. Some thirty loaded coal trains, each more than a mile long and each carrying more than ten thousand tons of coal, pass along this route every single day."

Railroad executives love coal. It is a high-volume, low-hassle business: no stops to unload freight cars, no hazardous chemicals, no passangers, just an endless back-and-forth between mines and power plants. More than 20 percent of BNSF’s annual revenues are from coal, with the vast majority of it coming from the Powder River basin. In 2004, a ton of Wyoming coal delivered to a plant in Georgia sold for about forty dollars, and as much as 80 percent of that money went to the railroads. They are “the monster in the middle.”

The spread of Wyoming coal has had a dark side. Wyoming’s low-sulphur coal has lower heat value than most eastern coal and so, power plants have to burn more of it, causing carbon dioxide to rise when plants switch to Wyoming coal. And the spread of Wyoming coal has put price pressure on Appalachian coal companies, causing them to close union mines and pursue the lowest-cost mining techniques, mountain-top removal. BNFS and UP are the 800-poud gorillas of the coal industry, with a virtual lock on the movement and price of nearly half of all the coal burned in America. One of the most disturbing aspects of the coal business is the control of one industry by ever fewer, ever bigger corporations. Not surprisingly, the railroads are all big supporters of coal and have used their influence to help kill any legislation that might cut consumption.

It was the 1970 amendments to the Clean Air Act that set limits on the sulphur content of coal and thus created the market for Wyoming coal from which the railroads now profit so handsomely, explains Goodell. 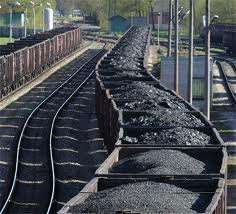 “I think the future looks bright, with one exception,” Big Coal executive Matt Rose told a gathering of BNSF employees in late 2003. “If an environmental bill is passed [that caps carbon dioxide emissions] employment would be cut by half or more . . ." 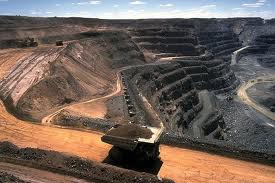